Header Image: The beginning, day 1, of a 63 day journey that took me across the European Subcontinent from Duncansby Head, Scotland, to Istanbul, Turkey. The North Sea and Orkney Islands fill the background.

I want to thank Niner Bikes, Primal Wear, and Bedrock Bags for deep discounts on merchandise that will carry the bulk of my mass and most of my gear on this long bicycle journey. I've extensively field tested all of this equipment, Niner Bikes RLT 9 RDO, Primal Wear's Helix jersey and bibs, and a variety of bike-packing bags from Bedrock Bags, both racing and on previous bicycle tours where's it's proven critical for my bike touring successes including a mostly gravel and single-track route from Flagstaff, Arizona to Portland, Oregon in 2020 that featured a 2-day, 60 pound, hike-a-bike-and-gear across the Grand Canyon.

This tour is going to press my savings to the limit I suspect, but keep in mind if that happens then I've already accepted this is a sacrifice I'm willing to make to go on this adventure. Nonetheless, if anyone wants to make a donation of any size, such as enough to cover the cost of an espresso, then I'd be grateful and assuming my finances return to normal sometime after the tour I'll be sure to pay that kindness forward to charities, etc. For Europa 360, I've established a Patreon profile which anyone can use to make a one-off or recurring, monthly donation to the tour using a tier-based model. For example, if you want to generously buy me a coffee each month then you can use the Tier 1 option here on my Patreon profile to make that happen.

Europa 360: The Unknown and the Unknowable

Start / End City: Barcelona, Spain
Dates: 22 August to 19 November, 2022 (90 days)
Distance: ca. 6000 miles (9657 km)
After months of hesitation, I finally made the necessary decisions (when, how long) and then purchased, on the 8th of July, 2022, an expensive, round-trip ticket to Barcelona, Spain. And with those decisions and tasks behind me, I have officially set myself on another collision course, universe willing, with the unknown and the unknowable.
This tour will add to an ongoing, multi-decadal, series of adventures by boot, boat, motorcycle, and bicycle that I have, for the most part, unintentionally accumulated since I was about 25 years old. In my mid-twenties, I was as naïve about the world as a grasshopper turned loose on an interstate highway in downtown Los Angeles. However, I was also, then and now, deeply curious and so eventually I took all that naivete on my first long, for the most part unplanned, another habit of mine, solo tour.
That initial tour began at the top of my childhood driveway in the suburbs of Boston, Massachusetts. From there, seated on an aged, 1982, Honda, CX500 motorcycle, I pointed the machine roughly southwest, a trajectory that brought me, in a few hours, directly into an ice storm in Pennsylvania. I survived that battle, barely at one moment when I nearly lost control of the motorcycle, due to slippery roads and frozen hands, on a highway alongside a dump truck. I subsequently rode on, a flashpoint that I never forgot behind me, down, down, down the east coast eventually into warm Appalachian valleys and to sunny Florida where I turned west to Oklahoma before exploring the Colorado Plateau, including the Grand Canyon.
Before I returned to New England, six months had passed and during that privileged window of my youth, I had camped, hiked, sung, strummed, and otherwise motorcycled through 24 states across 16,000 miles of North American landscapes. When I once again arrived to the northeast where the tour began, I did so with many lessons to contemplate and a great feeling of accomplishment maturing in my belly, treasures that continue to inspire me to do more exploring in my fifth decade among the living.
Europa 360 will be my most ambitious bicycle tour to date, certainly by distance and possibly climbing too. Before I conclude in the same city where I'll start (Barcelona), I anticipate that I'll ride as many as 6000 miles, perhaps a bit more. Along the way, I'll cross the Pyrenees, possibly twice, an extensive section of the Alps, and lesser known hills and mountains between. My 2019 bicycle tour from Scotland to Turkey (Istanbul) will no doubt be a useful reference for guessing how many feet I'll ascend during Europa 360. On the 2019 tour, I rode 4,392 miles in 63 days and amassed 230,751 feet (70,333 meters) of climbing along the way, equivalent to nearly eight times up Mount Everest (29,029 feet, 8,850 meters) from sea level.

The idea for Europa 360 was, now is, to initially fly to Barcelona, assemble my Niner Bikes RLT 9 RDO somewhere in the baggage claim area and then ride from the airport into the countryside west of the city. As that implies, I'm not planning to explore Barcelona at the beginning of the tour, I'll save that for the conclusion when I return and close the loop which inspired the subtitle for this tour, Barcelona to Barcelona by Bicycle.
Beyond the sounds of taxis and airliners, I'll eventually approach, riding north, the foot of the Pyrenees, ride up and through the Principality of Andorra, and down the other side into the birth place of my ancestors on the Breton-side of the family, France. Those will be the opening scenes of a very exciting bicycle tour that will no doubt push my mind and body to a new, personal best.
Here's the complete trajectory of the tour, built using Google Maps to help visualize the path that I intend to roughly follow across the geopolitical landscape of the European subcontinent. As I've done on all of my tours to date, I'll be "chunking" my way through this massive mind and body challenge, one section of one part at a time.

Part 3: Palermo, Sicily, to Barcelona, Spain.
Part 3. On this part of my journey, ca. 1205 miles (1940 km), I'll enjoy the view of the Mediterranean Sea, it's archipelagoes, and boats of all sizes from the rail of a ferry boat as much as from the handlebars of my bike, which will no doubt provide a much needed rest for my body and mind by this point on the bicycle tour.
Part three begins with a ferry boat at Palermo which will take me across the Tyrrhenian Sea to Sardinia, the second largest island in the Mediterranean Sea. At the top of the island, at Santa Teresa Gallura, another short crossing by boat will deliver my bike and body to the French island of Corsica.
After a day's ride, about 115 miles, through what I anticipate will be enchanted, enviable bicycling country, I'll board the last ferry for this tour, at the top of the Island of Corsica, and cross the Ligurian Sea to Nice. From here, I'll settle into a western trajectory, exploring the heart of the French Riviera for a few days before I eventually return to the Spanish border. At that juncture, I'll either, depending on time and resources, hug the coast or descend back into the Pyrenees for one more battle with the mountains before concluding the tour in Barcelona!
Out of respect for that ambitious route and the limits of our minds and bodies, when I purchased my round-trip flight to Barcelona I integrated the maximum number of days that I could stay in Europe in any 180-day period. So I have 90 days to complete Europa 360, Barcelona to Barcelona by Bicycle, nearly a month longer than the 63 days it took me to ride from Scotland to Turkey in 2019. I think that's favorable to success. Worst case, my hope anyway, is that I'll float on a ferry boat across the Baltic Sea from Stockholm to Helsinki versus riding up and over the sea itself and down the other side between those cities. No doubt a lot will unfold once the tour is underway. Stay tuned and look for updates on my social media channels (Instagram, Facebook, and YouTube) starting on about 21 August, departure day from the United States. 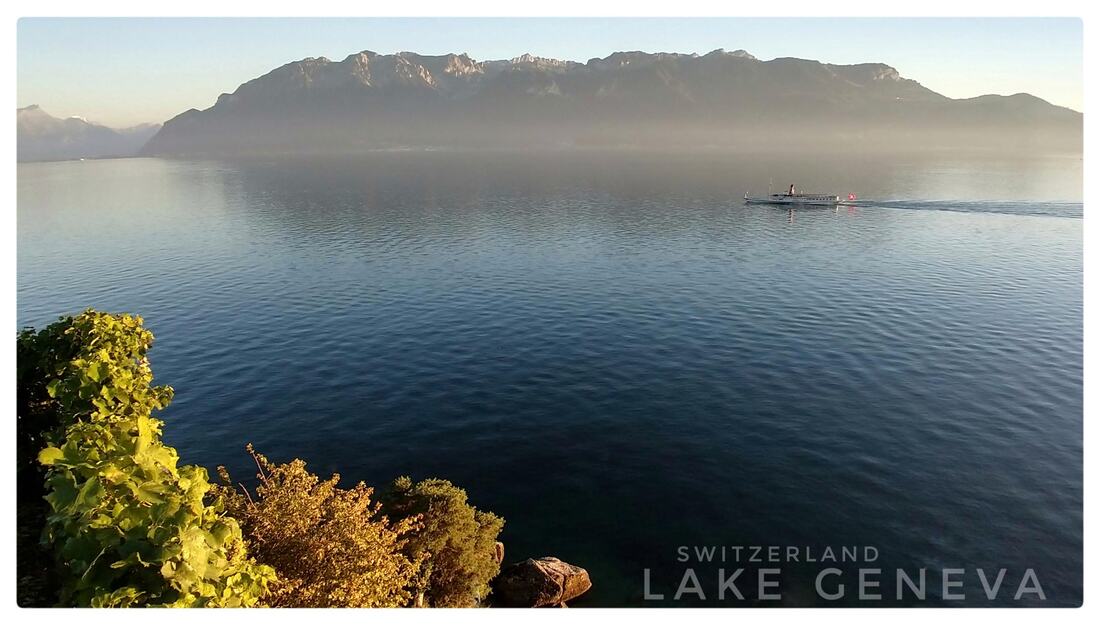