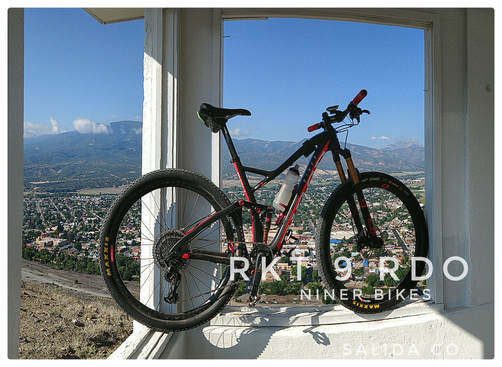 ​Niner RKT 9 RDO
Niner link: ninerbikes.com
My latest purchase, this whip adds-to an unbroken history of racing only Niner Bikes. That history began (more below) with hardtails, Niner's now discontinued 'Carbon' model followed by several Air 9 RDOs. After the Air 9s, I purchased a Jet 9 RDO and raced this squishy trail / XC bike from 2015-2017. Despite the high-performance quality of the Jet, during the winter of 2017-18 I decided it was time to try-out the latest XC bike from Niner Bikes. After a few weeks of dialing in the Fox suspension this bike has been exceptional on climbs and descents, including the rowdy bits. I can say without any doubt that the RKT 9 RDO is even better than the bike that I thought was nearly perfect for XC courses, the 2015 version of Niner's Jet 9 RDO. 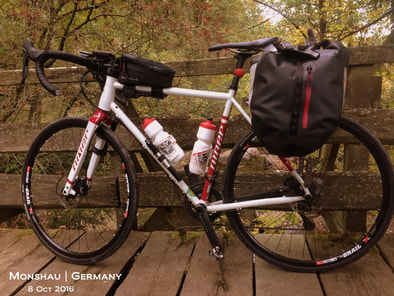 ​Niner RLT 9 Steel
Niner link: ninerbikes.com
​If you want to want to experience fun in big doses then climb onto Niner's RLT 9 Steel and ride on. Along the way, you can pedal dammit or you can saunter your way up the hills, whichever you prefer. Either way you won't be disappointed with the comfort of this nimble and versatile gravel grinder from Niner Bikes. I've been rolling Hutchinson Sector 28 mm tubeless tires with 80-90 psi on road and gravel and the result has really been spectacular, very little chatter through the bike into the rider. The image on the right is from a cycle-tour across seven EU countries that I completed in the fall of 2016 - see my blog archives, October 2016, for more details. 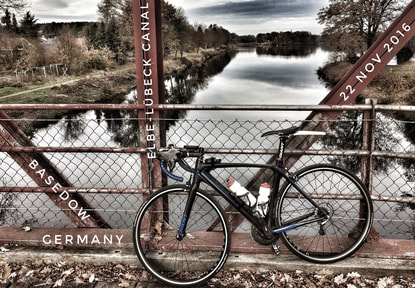 Giant TCR Composite 1
Giant link: giant-bicycles.com
A beautifully shaped and designed carbon road bike from Giant in 2014. Giant is one of the best when it comes to carbon in the cycling industry. After just a few days of having the bike, and only a trainer to spin its wheels, I was already inspired by the fit and feel of the TCR Composite 1. If you're in the market for a quality entry-level carbon road bike then don't hesitate to check-out the TCR.

Update 8 Nov 2017: Unfortunately, on my return trip from Germany to Colorado in the spring of 2017 United Airlines kindly punched a hole into the frame of my beloved TCR. And since I was using a soft bike bag (not a hard case), I had to sign a waiver at the counter, beforehand, that if they broke it / neglected to respect my property then I couldn't do anything about it. That's the bad news. The good news is I was able to purchase an upgrade from a friend, a 2015 Giant TCR Advanced 2, with lots of high-end components including Shimano Di2 10-sp shifting. I'll eventually add an image of the bike and more details to this page. 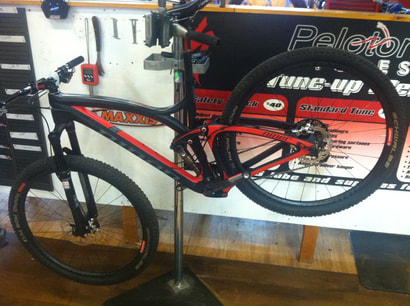 Niner Jet 9 RDO
Niner link: ninerbikes.com
​After a long process of making decisions and changing my mind, only to revert back to the previous decision, I put in an order for a Jet 9 RDO from Niner Bikes in February 2015. And thanks to the efficient and always helpful employees at Niner Bikes and Peloton Cycles, my red-black, five-star, Jet 9 RDO was weighing in at 24 pounds in the north Peloton shop a few weeks later. After a month of riding, I had no doubt that this bike would be my full-time racer in 2015. Among all of it's very top of the high-end components, including carbon wheels, the Sram XX1 stands-out. 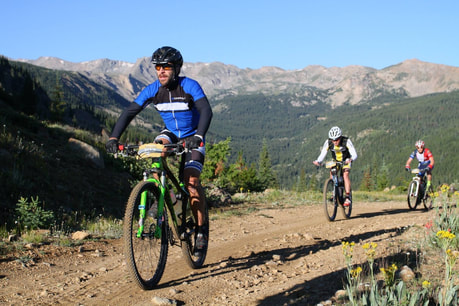 Niner Air 9 RDO
Niner link: ninerbikes.com
​My full-time off-road training and race bike for part of 2013 and all of 2014. This RDO version of the Air 9 from Niner is propelled by thoughtful and effective engineering ... and the result is an impressive delivery of power from the rider, through the drive-train and onto the trail. In short, this bike is FAST! And from the perspective of the rider, I feel like every bit of my energy ends-up propelling me forward. The bike is fun to ride on all terrains, even technical trails like the Whole Enchilada in Moab. Nonetheless, for protecting your investment in this expensive carbon hardtail, consider adding a Jet or RIP from Niner Bikes to your family of whips for trips to the desert slickrock.. 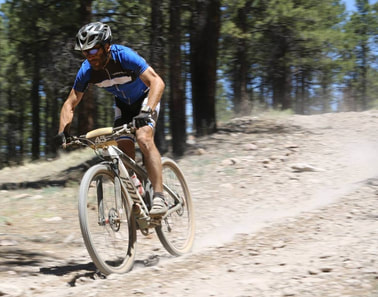 Niner Air Carbon
Niner link: ninerbikes.com
My first high-end mountain bike purchase, and worth every penny of the $3000 dollars I parted-with for this used bike. The bike was originally built by a mechanic working in Flagstaff, Arizona to compete in the Landis Cyclery Barn Burner 104. Fascinating that I would purchase the bike two years later ... and then qualify for the Leadville Trail 100 on this bike ... at the Barn Burner! Prior to cracking one of the seat stays, this was an epic bicycle, and a few months ago the frame became epic again when it was repaired by Broken Carbon in Boulder, Colorado. I managed to ride the bike nearly 1700 miles in two months before cracking the frame. 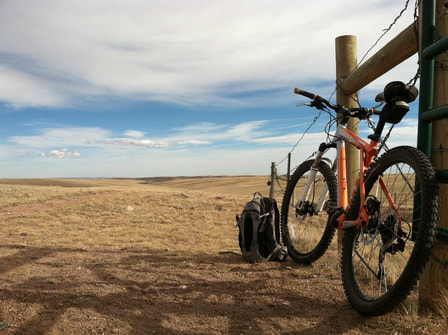 GT Avalanche 1.0
GT link: gtbicycles.com
​An impulse purchase in March 2010 that changed my life. Purchased new for $850.00, this bike has been nothing but reliable. And for it's cost, it's also a very comfortable bike under most conditions ("most" ... it's a hardtail). I experienced a full evolution on this whip, and would do it all the same way if I could go back in time. Weighing-in at about 32 pounds, the bike made me stronger, cross-country and climbing. It's stock Shimano brakes and drive train have been trouble free, only requiring standard maintenance. When people ask me what I would recommend as an entry-level mountain bike ... I never hesitate to recommend this one. By the way, I still ride this bike, it's been deligated to commuter bike!

Nutrition On The Bike

In the Fall of 2015, I found myself living in Germany, far away from the usual sources of products, such as Hammer Perpetuem, that I frequented for resupplying my favorite bike nutrition. In about the third week of October and only part-way through a 3000 mi cycling distance goal before the New Year, I ran out of Hammer Perpetuem.

I scanned the shops in Hamburg, but had no luck finding my beloved endurance fuel and eventually decided to forego the product and try real / whole food, the sort of food that you might find on your lunch table. My body quickly accepted the new fuel source and within 1-2 weeks I was comfortable on long endurance rides fueling on just water and whole food.

After experimenting with whole foods at high intensity, racing and short intervals, I decided to return to more typical race fuels for these applications. Below is a list of many bars, waffles, and gels that I've used in the past and the one that I've been using, exclusively, since early-season 2019, Lara Bars. Lara bars are made of only real food, just a few ingredients, and minimally processed (heated, etc). I usually cut each bar into thirds and then tuck these convenient squares into one of my Bed Rock tub-tube bags for easy access when training and racing.