Prior to his transition, in 2015, to entrepreneur and cyclist, André assembled thirty years of experience as a student, research biologist, and educator (CV) that encompassed four continents (North, Central & South America; Europe; Antarctica), many terrestrial and freshwater communities including polar, temperate, and tropical ecosystems, three ocean systems (Atlantic; Pacific; Antarctic) and research projects dedicated to the conservation of birds, mammals, and fish.

Since his transition, he's added variety in many forms to his previous experiences, including an impressive racing and training resume, extensive and difficult bicycle tours across Europe, through Newfoundland and Labrador, and most recently through North America's most formidable deserts.

And in the background, barely publicized other than through his social media posts (Instagram, Facebook), André has been busy advancing his practices in yoga, mindfulness meditation, and healthy habits associated with nutrition and exercise.

Underlying his trajectory so far is a celebration, that lives in and around his heart, that life among other things is an opportunity to never stop learning. As a mentor, this insight is one of the tenets, the foundation perhaps, of his teachings and philosophy.

André met his first mentor on the opposite side of a fruit bowl, his hand already partially extended to abscond with a plum that was already melting in his mouth thanks to the power of the mind. Her name then and now, Mrs. Rebhan, is the mother of five children that were childhood friends. Many more mentors followed, including David Adamson; Wally Laliberté; Fred Johns; Dan Keppie; and Tony Diamond.

​A complete list would truly be awesome, I am, like all of us, the reflection of the most generous people that I've had the honor to meet and interact with.

What I'm offering as a mentor, to any age, is the same thing that I was given by these kind people. Like them, and with equal modesty, I believe I have something to share from my myriad of experiences, from camping on public lands, alone, in my youth, to surviving the dangerous parts of my six-month experience working in Antarctica on and off King George Island in the South Shetlands.

Ideas for this service, including rates that make sense for each client, individually, are encouraged. Send me an email and we'll transition to voice or video-voice so we can get in to the details. These sorts of inquiries are always free and always welcome. I look forward to hearing from you. 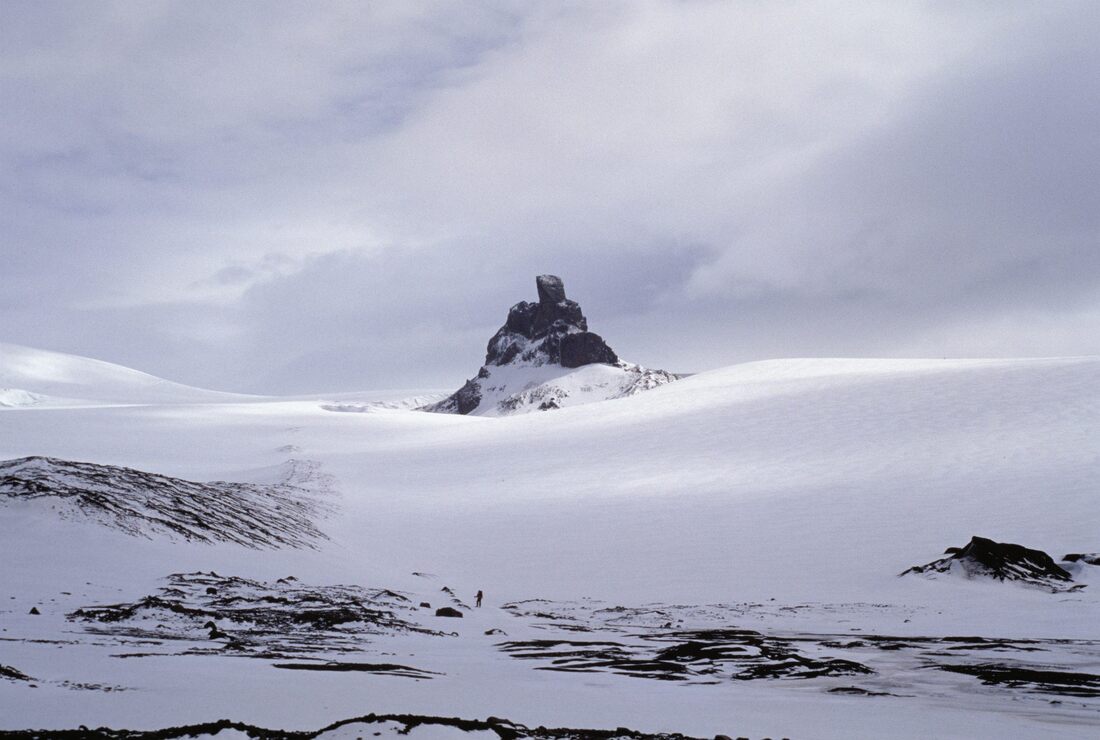 A few images from my days as a professional field biologist, specializing in birds, from King George Island in the South Shetlands, Antarctica. My friend John Carlson provides scale for the nunatak and glacier that dominate the scene, directly above this text; look for him in the lower half of the image, slightly left of center, walking on moraine recently deposited by retreating ice. Top two images: left, the famous Adélie penguin; and right, the less-well known chinstrap, a close cousin of the former. In those days, all of my images were captured on slide film using a Pentax K-1000 without a battery installed. I guessed the exact exposure based on the sunny F-16 rule and then adjusted depending on movement, etc, using F-stop or shutter speed.