​LE TOUR DE EUROPE
​​DUNCANSBY HEAD TO ISTANBUL BY BICYCLE
21 AUGUST TO 22 OCTOBER 2019
6-12 September, 2019
​Cherbourg to Cure, France via Normandy and the Jura Mountains
A total of 620 miles with about 29,140 feet of climbing, nearly one-time up Mount Everest from sea level.

The Roman Theater in Autun, France built around 70 CE. 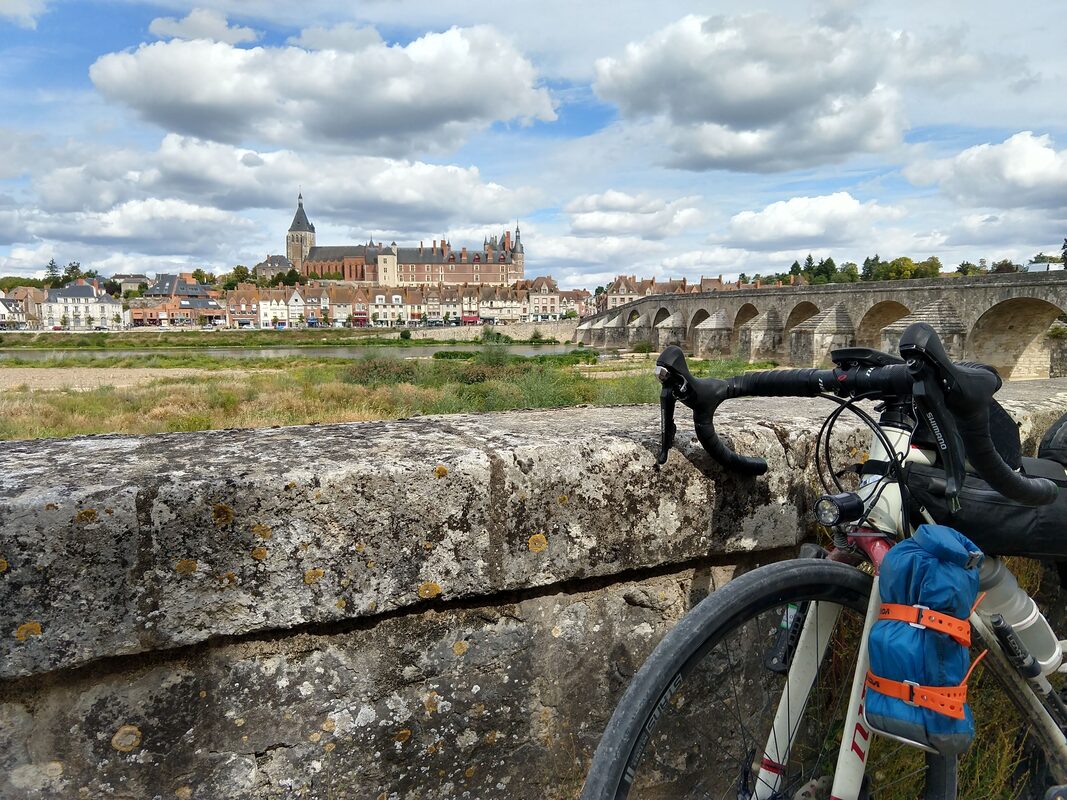 The image, above, with my foot raised in shadow (9-10 Sept 2019) is a Gite hosted and owned by Maryse which she describes in her Airbnb post as le petit studio dans la prairie. The panorama below the map showing my journey through France is also taken at this property, a beautiful, secluded, heaven on Earth, and also inexpensive, in the village of Balleray, France. The three, connected stone buildings are part of the property owned by Catherine, Chambres minimalistes aux portes du Perche on Airbnb, in the stunning little place, a valley long-ago transitioned to food production, known as Saint-Cosme-en-Vairais, one of a collection of villages in the area. The town of Gien rises above the target of German WWII bombers, an impressive, palatial stone bridge that was destroyed and rebuilt around that time, the town also burned essentially to the ground, a casualty of proximity. The water spigot is from a graveyard somewhere in France, all graveyards have one, something that I learned on my first bicycle tour in Europe from a man that I met at a fountain, a cyclist in his 70s, strong and sharp, his name was Herman ("eh mo"). I've been consistently living on a few items in particular on this tour, fresh bread bought in small villages, ideally, a variety of goat cheeses, avocado, humus, raw broccoli, fresh olives, sometimes organic sliced meats including prosciutto, quiche de jour, and of course, if you now me well, cappuccino! During the day, whilst cycling, I often have a bag of mixed nuts and dried fruit in my left-kit pocket and / or part of a baguette, a banana, apples, are among my favorites. I've also taken advantage of free apples, pears, and blackberries growing along the roadside. The sunrise is at Omaha Beach, the scene on 6 June 1944 of appalling stupidity (those that led us there) and bravery (those that did the fighting) that sadly concluded the lives of far too many.