​LE TOUR DE EUROPE
​​DUNCANSBY HEAD TO ISTANBUL BY BICYCLE
21 AUGUST TO 22 OCTOBER 2019
29 August to 2 September 2019
Ballycastle to Rosslare, Ireland Through the Middle and Over the Knockmealdowns
A total of 556.6 miles with 30,501 feet of climbing, equivalent to one ascent of Mount Everest from sea level, ferry crossings excluded.

Knockmealdown Mountains, overlooking the Suir River Watershed to the north, south over the pass is County Waterford. 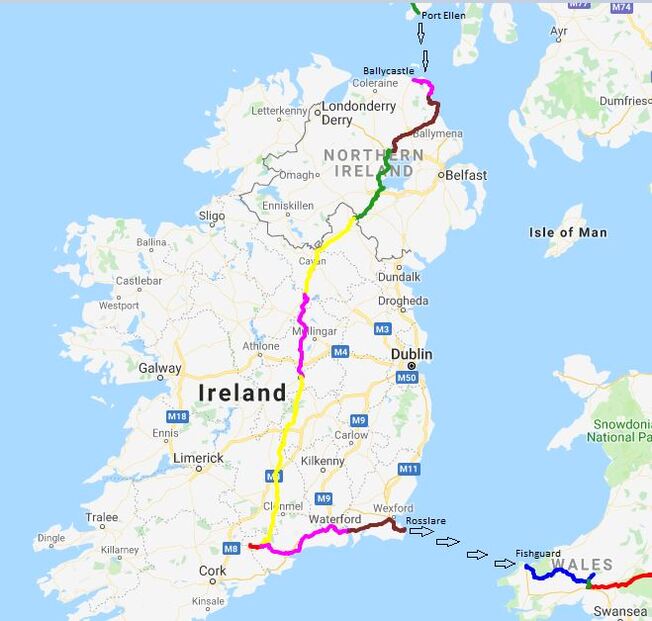 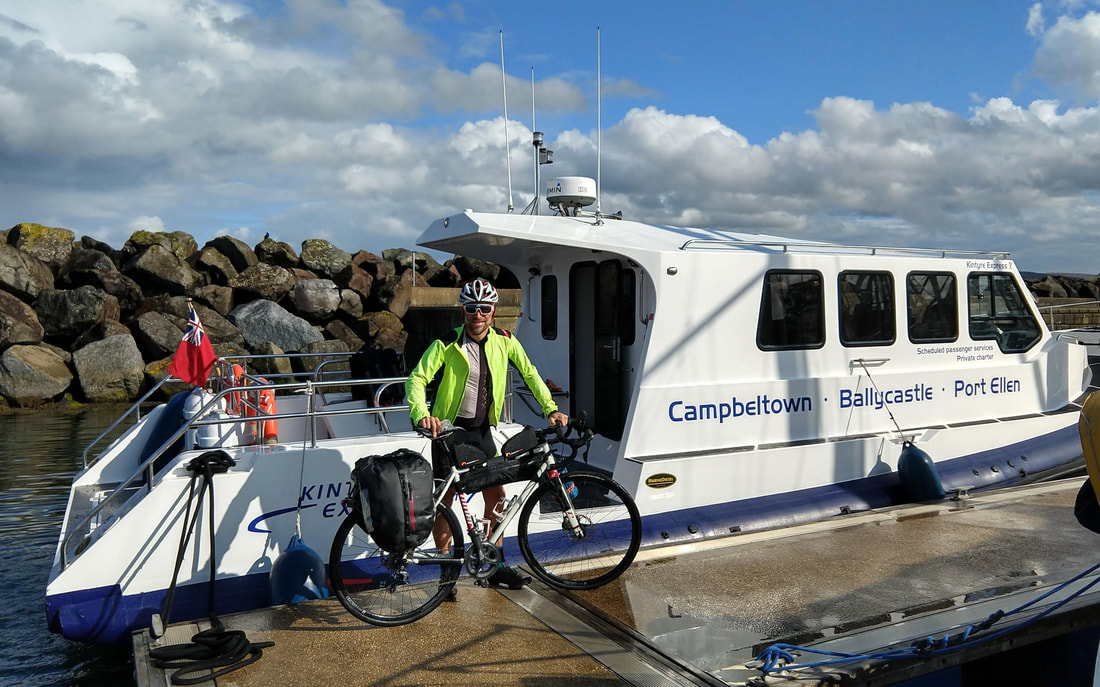 28 August 2019. A very unusual way to arrive to Ballycastle, Northern Ireland, by boat from Islay, Inner Hebrides, Scotland on the Kintyre Express.