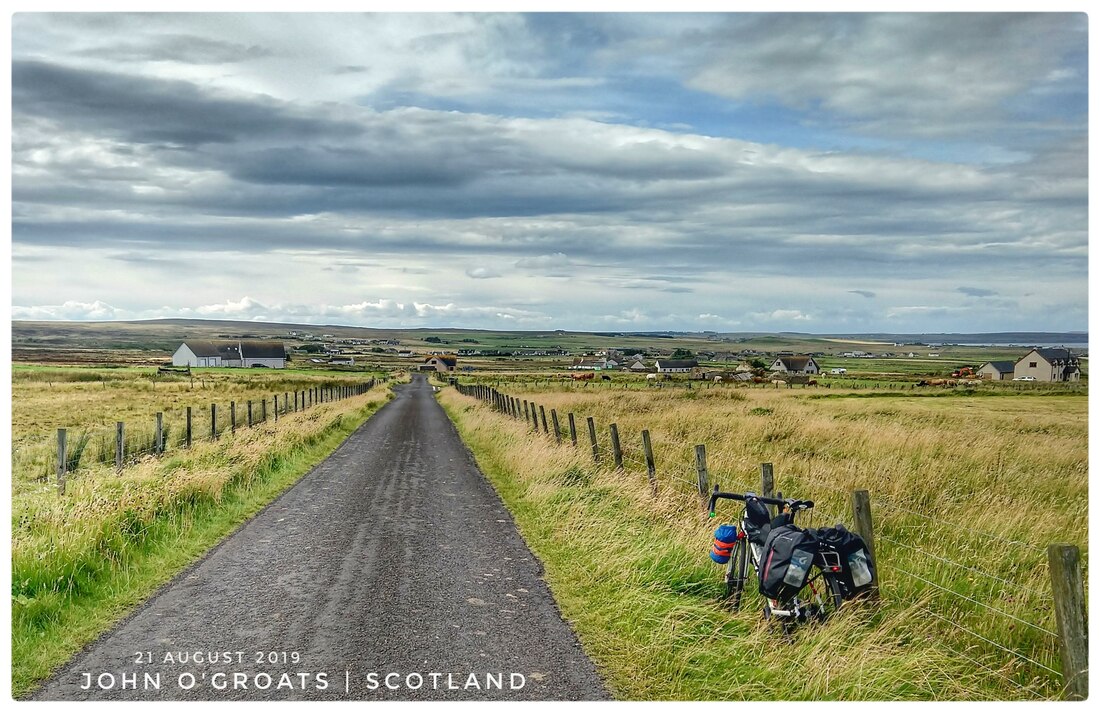 Coastline between Thurso and Bettyhill, Scotland. 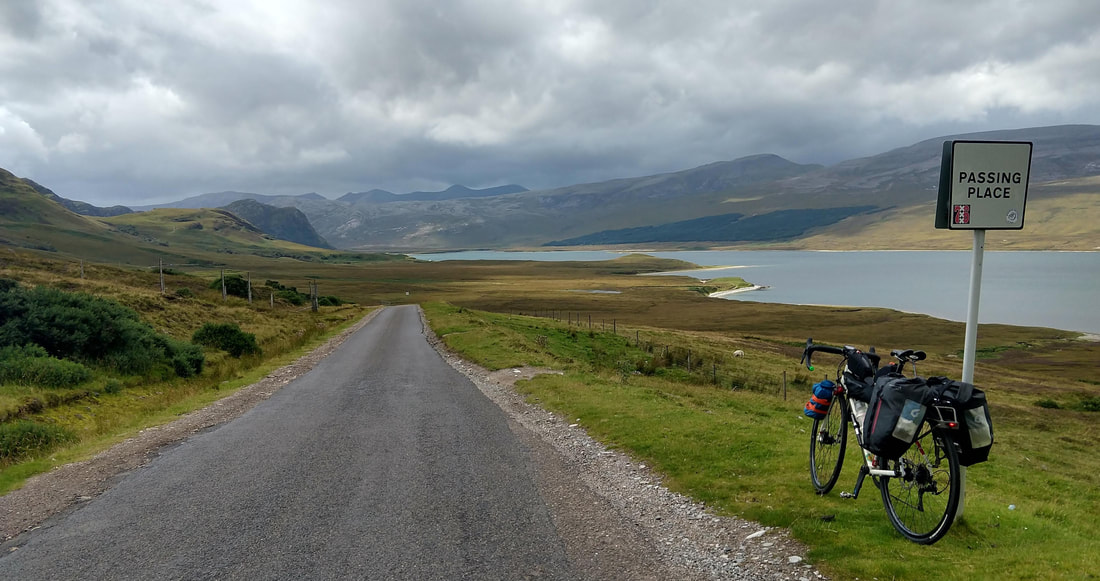 Fjords and peninsulas en route to Durness, beyond Heilam, Scotland. 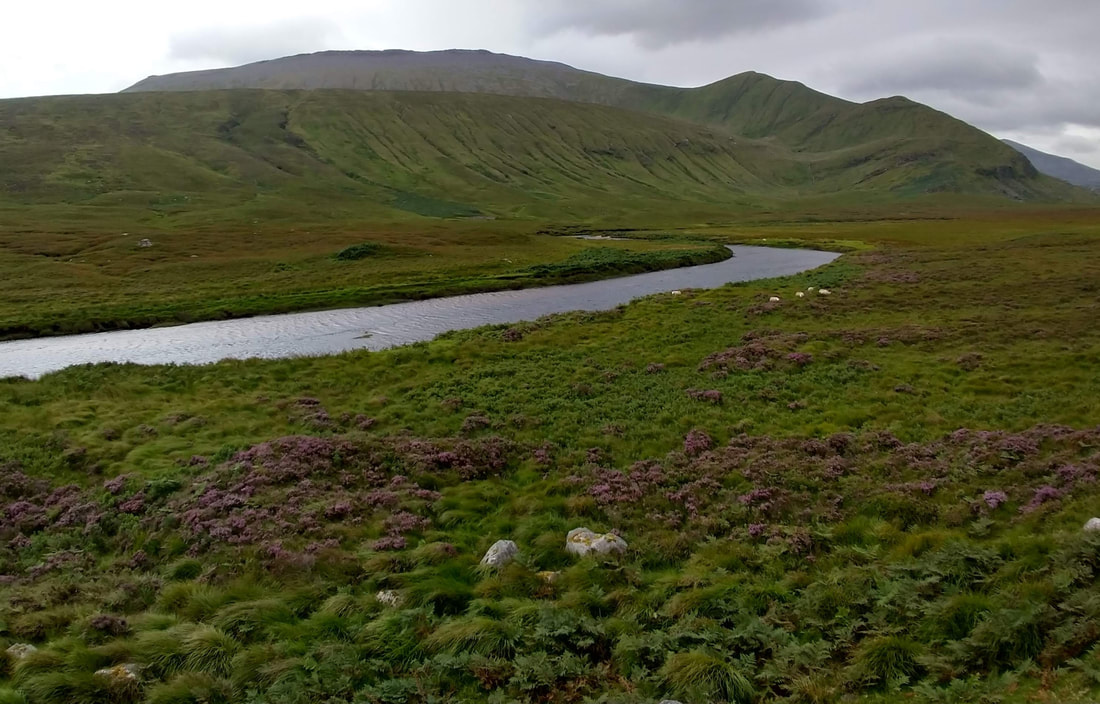 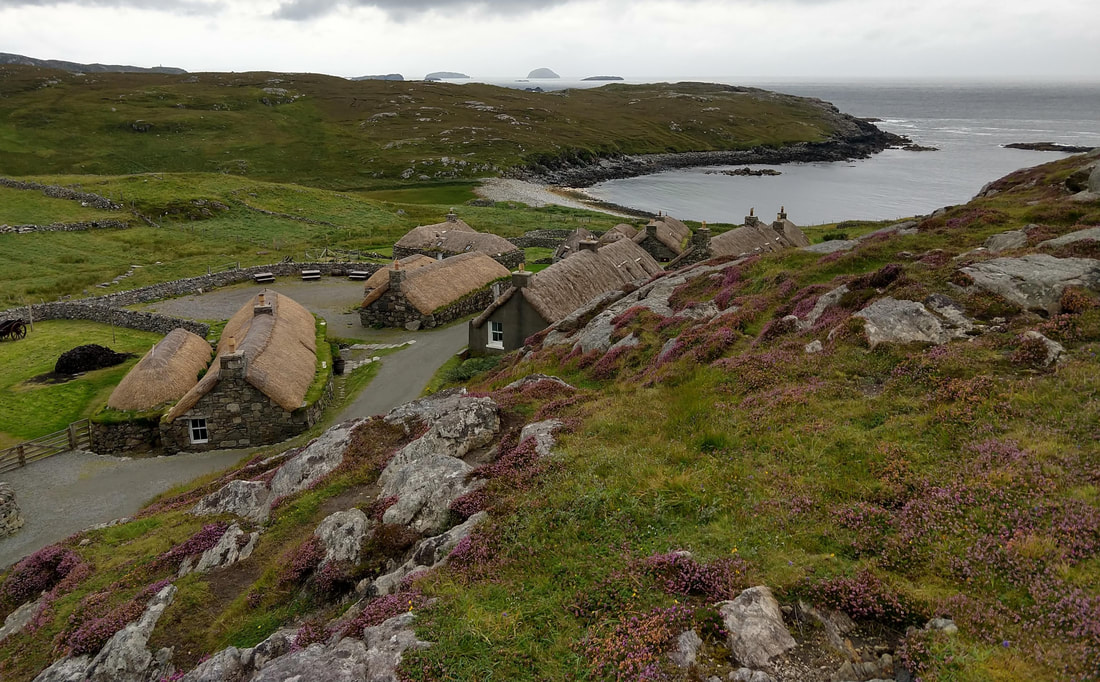 Gearrannan Blackhouse Village, a unique hostel opportunity, Carloway, Isle of Lewis, Outer Hebrides, Scotland.
Two images from my 3 am departure from Carloway, Isle of Lewis, Outer Hebrides to avoid wind and rain from the previous days. Notice how well my Sinewave dynamo and headlight are illuminating the road and road side, stunning result and equipment.

Sunrise, Isle of Harris, descending down from the highlands and the clouds.
Examples of beaches and estuaries on the Isle of Harris, Outer Hebrides, Scotland (Atlantic side). 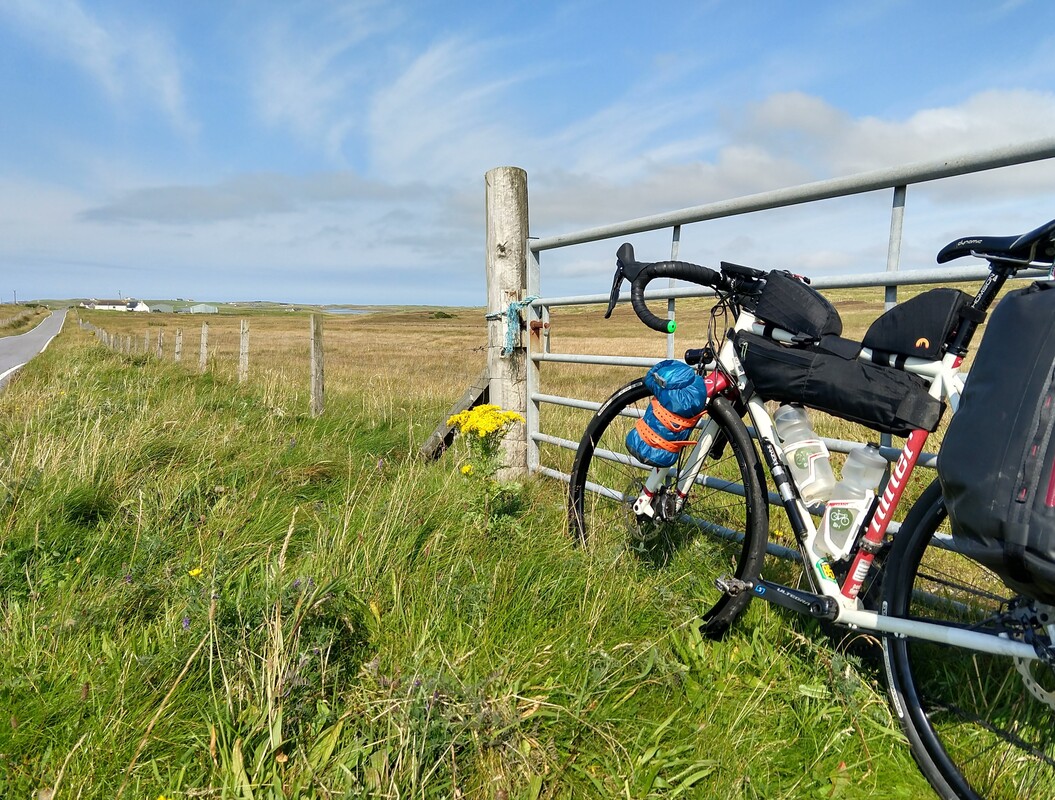 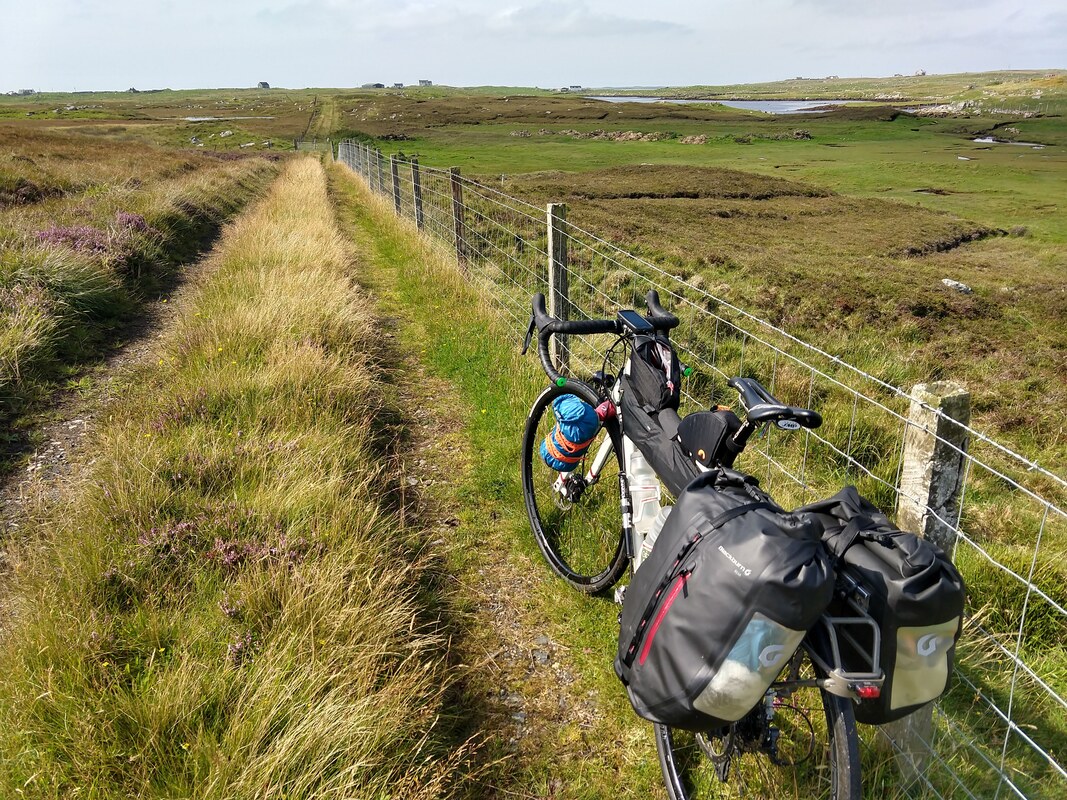 Left, part of the surviving remnants of Tarbert Castle; Right, the inner courtyard of the Tarbert Hotel where my bicycle spent a comfortable evening 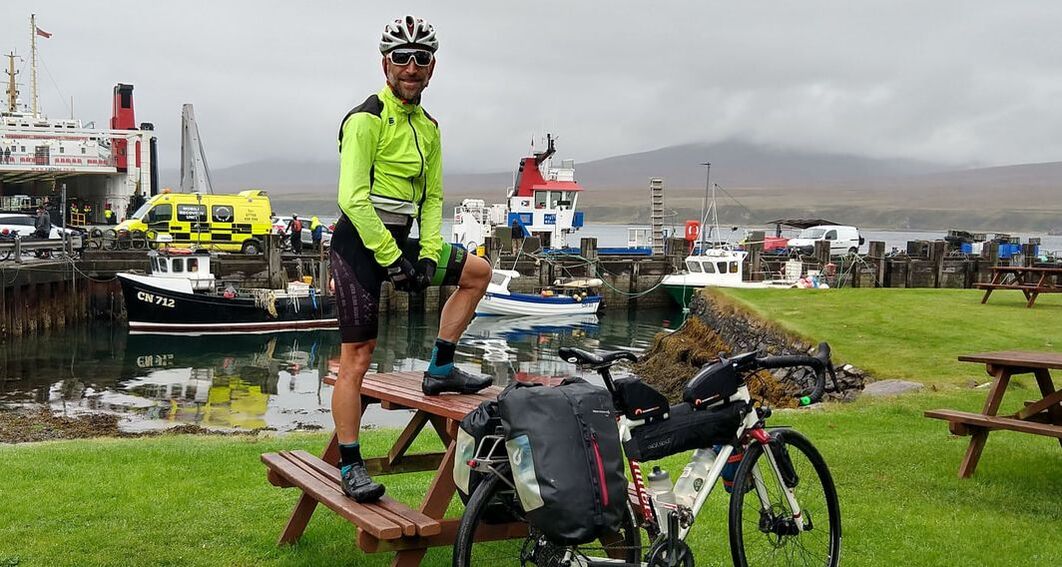 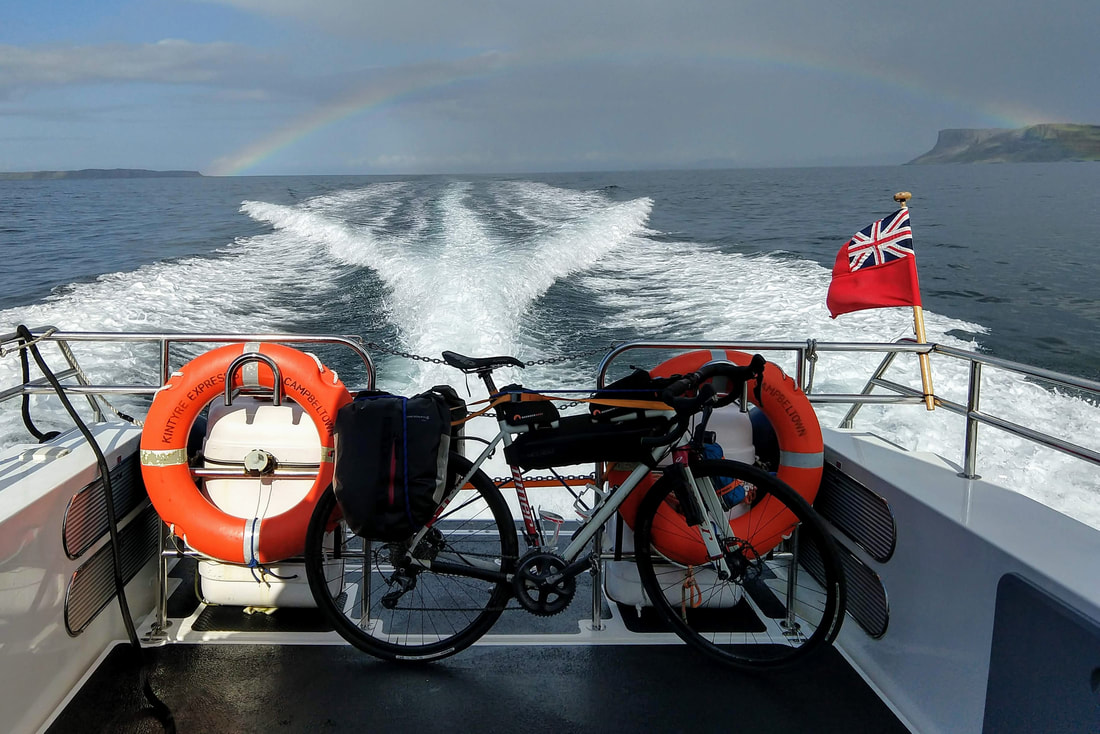